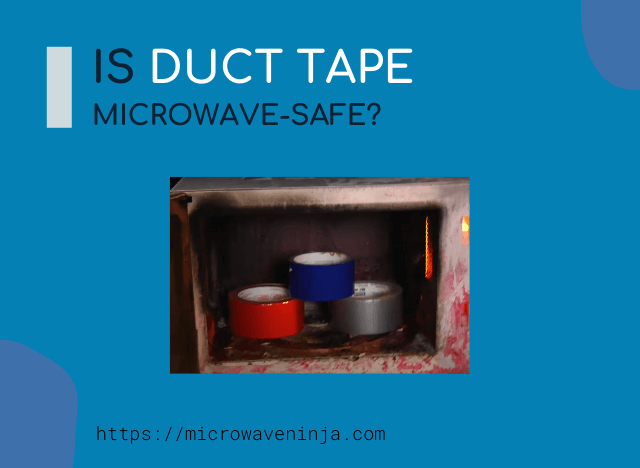 Duct tape should be tape used for ductwork, hence its name. It’s not made of any traditionally microwave-safe material, so that should mean it is not microwave-safe, right? Keep on reading to find out the truth behind its microwave ability.

Duct tape should be tape used for ductwork, hence its name… right? In any case, it’s not made of any traditionally microwave-safe material, so that should mean it’s not microwave-safe, right? Its adhesive could also get undone by microwave radiation.

No. Putting a roll of duct or duck tape will ruin it. Putting something covered in duct tape will have the duct tape unglued because of how the adhesive reacts to heat produced by the microwave rays. What’s worse is that this tape can conduct electricity as metal could.

To seal packages, use masking tape instead. Or don’t microwave any tape at all. Tape them afterwards or don’t bother every using such containers as microwave containers.

The Heat Resistance (or Lack Thereof) of Duct Tape

Regular off-the-shelf duct tape with no label as “heat resistant” or “HVAC” duct tape isn’t a good choice for repairing or sealing heating and ventilation ducts, actually. This is because it’s not actually duct tape—it’s a popular misnomer for what’s actually called duck tape.

Like with wood glue or glue to keep cracked ceramic from breaking apart, the heat from the microwave care of its impact on moisture and food or HVAC heat can cause the adhesive to lose adhesion or become unglued.

This then makes the glue slip from its attachment to the container or duct. “Duct” tape also has no safety certification, which means it might get set on fire then produce toxic smoke afterwards from heat exposure.

When people say “duct tape”, they’re likely talking about “duck tape” instead of actual HVAC tape used on ducts and vents. Duck tape refers to the pop culture relevant impregnated grey plastic fabric tape. Generically, it’s actually known as duck tape despite what others might tell you on the contrary.

Yes, duck tape. And the “duct” part didn’t come about because of people mishearing its original name. The manufacturers of the tape were to blame for that misnomer.

A Misnomer Due to False Advertising

One famous brand even calls itself duct tape not because it can actually be used to repair ducts but instead because it wishes to embrace the “meme” of duck tape being known as duct tape. Originally, duct tape was used to waterproof ammo cases on short notice during World War II.

It’s called duck tape because it repelled water like a duck’s back due to it being made of “cotton duck fabric”. After the Second World War, it became popular for general short-notice or temporary repair. It was even sold for HVAC applications as “duct” tape even though it doesn’t work well for it.

You may also like: Is Super Glue Microwave-Safe or Not?

Not a Very Good “Duct” Tape

The tape doesn’t stick well to dusty surfaces. It’s also abysmal when it comes to HVAC or duct and ventilation repair due to the heat ungluing it over time or sometimes immediately. It’s even considered a toxic fire hazard in high heat environments. It deteriorates quite easily on heat exposure.

Therefore, anyone who says that duct tape can safely be microwaved is whistling Dixie. You should instead use aluminum HVAC tape for duct repair while duck tape can be used for general repair like putting together a snapped broom stick until you buy a new one.

Why Exactly is Duct Tape Bad for Microwaving?

Duct tape is not a BPA-free plastic and its adhesive side reacts badly to heat, deteriorating rapidly. The only “microwave-safe” part of it is the cloth part, which could still catch fire if the plastic catches fire. It’s a disaster waiting to happen, like an unlit dynamite with the microwave serving as the match.

As best, it could become unglued and the adhesive becomes less sticky while the plastic parts start smelling like burnt plastic. At worst, it could start a fire. It’s less likely to harm the microwave but it’s very likely for the microwave to damage it.

What About Actual Duct or HVAC Tape?

HVAC tape or actual “duct” tape is even worse. Don’t microwave that duct tape because placing it inside that oven type may cause sparks and electrical arcing to occur. The aluminum part of the tape could definitely start a fire with how it deflects and reacts to microwave rays.

The arcing should not damage the oven but if the more you microwave the HVAC tape and raise the temperature, the likelier the sparks will cause something to catch fire and destroy the microwave from within. It depends on the construction and quality of the oven if it could withstand such an assault.

The Disambiguation of Duct Tape

You have duck tape that’s called duct tape and actual duct tape is known as HVAC tape (which has aluminum in it). It doesn’t help that certain duck tape has embraced the meme and call themselves duct tape even though they’re terrible tape for use with ducts.

What duct tape refers to varies from country to country or even from street to street! It depends on the brand of tape since manufacturers use some variation of “duck” or “duct” to capitalize on how popular the product has become in pop culture.

The real duct tape has aluminum on it. The duct tape everyone thinks of when they hear the term—the gray plastic one with cloth or fabric inside to make it sturdier and more dependable than packaging tape or scotch tape—is really called duck tape.

No, duct tape or duck tape shouldn’t be microwaved or put anywhere near open flames. It’s actually a poor choice for duct work unless push comes to shove and you require a quick fix. Be aware that heat actually makes it lose its infamously strong adhesion powers.

For something famously used to quickly fix even missing fenders or destroyed sandals/flip-flops, it’s actually quite fragile. It’s not as waterproof and heatproof as some might think but it does have industrial-strength adhesion compared to, say, packaging tape or scotch tape.

Parchment Paper vs. Baking paper vs. Greaseproof Paper for Microwaving and Baking

Is Super Glue Microwave-Safe or Not? 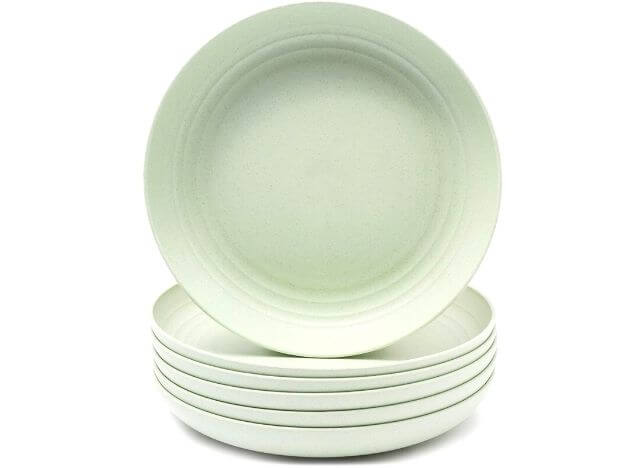 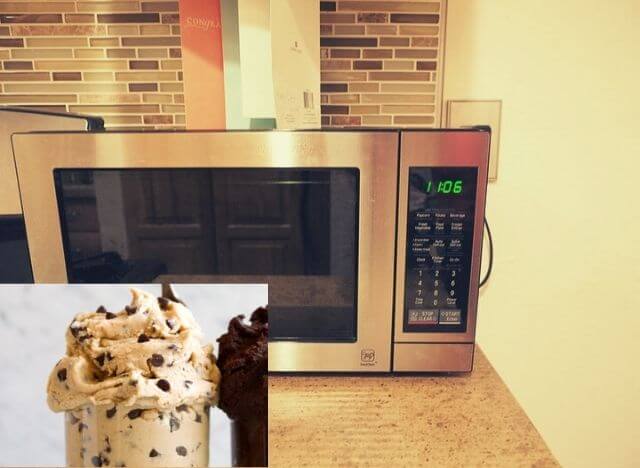 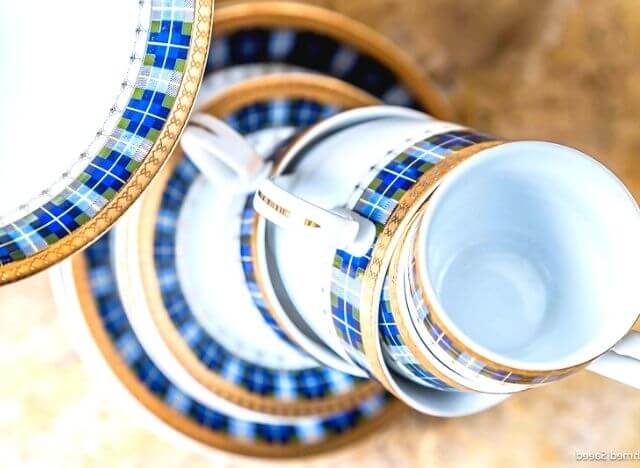