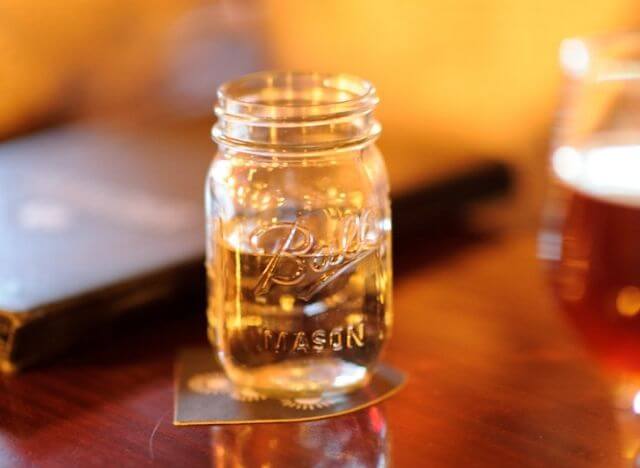 So can you microwave mason jars? What are mason jars anyway? Keep on reading to find out. There are many containers you can microwave safely, including anything that’s made of ceramic or glass. This includes glass or ceramic mugs.

You can microwave your mason jars, but it depends on the jar. Many jars, depending on their age, might not even have a microwave-safe symbol or marking. They’re made of glass, sure, but are they thick enough for microwaving?

The ones with rings or lids made of metal should definitely not be put inside your microwave. More on this later.

Can You Microwave Mason Jars?

Even though microwave-safe glass is non-reactive to radiowaves, they do pick up heat from whatever it is you’re heating (food or beverage), thus giving you the risk of breaking them apart through heat conduction.

Furthermore, newer mason jars have the microwave-safe symbol on them. You can microwave those jars. Probably don’t microwave them with their metal lids on though. Sure a small ceramic plate as their lid instead.

Mason jars made of glass are non-reactive to microwaves. However, if you test them out with water and they get too hot to the touch, they might not be as microwave-safe as the mason jars that can nullify heat a little better.

What are Mason Jars?

So what’s a mason jar? A mason or Mason jar is like a mix between a pickle jar and a coffee mug. It’s like a cheap jar of mayonnaise shaped like a mug but it has a lid on top you can screw unto it like you would with you other jars.

They’ve become hugely poplar alternatives of coffee mugs since you can screw a lid over them. They’re affordably cheap, you can travel with them in tow, and many people agree that they look quite chic and cool in their own right.

The History of Mason Jars

Mason jars aren’t a recent invention even though they’re currently trending in the 2000s. It was in fact called a canning jar originally, invented back in 1858 by a certain John Landis Mason. This travel mug is still used at present but it was prevalent all throughout the 19th and 20th Century.

This mug with a lid is used to store office supplies, beverages, and food as well as loose household items. They’re handier than the average pickle jar particularly because they come with that mug handle.

Although all glasswork is non-reactive to micro radiowaves produced by the microwave oven’s magnetron in order to cook food, this doesn’t mean that they’re non-reactive to hot or heated food.

Not all Mason jars are made of tempered glass even though they’re generally all made of some sort of glass. Therefore, don’t cook with mason jars. They’re not ceramic plate or even porcelain mug substitutes. Baking is also a no-no.

You can heat up liquids with them, but you also have to watch out for superheated liquids or boiling liquids that could make the glass itself super-hot and breakable. It’s not the microwave that damaged the mason jar glass but what’s being microwaved to super-hotness.

Safety Tips and Things to Remember

The glass on glass mason jars might be non-reactive to microwave radiation. However, they can get extremely hot to the touch as the glass absorbs the heat of the food or beverage being microwaved in the first place.

Therefore, it’s for the best that you don’t use these containers for microwaving anything for long periods of time, like when you’re cooking quiche or microwave brownies (you know, the ones that are about mug-sized).

Mason jars should instead be used for quick-heat items like coffee, cheese dips, soup, and pre-cooked pasta. Anything that only takes half a minute or a whole minute to heat up. Anything longer risks breaking the mason jar apart from extreme hotness.

Read the Labels, Warnings, and Disclaimers

The best type of Mason jar to microwave is the one specifically marked as microwave-safe. Usually, mason jars are made for packaging freezable products as cheap as possible, meaning they’re not made of microwave-safe tempered glass that won’t break from extreme temperature changes.

More likely than not, you should find disclaimers included in these jars that inform you not to thaw them via microwave. Unless they’re specifically indicated as safe for microwave-based defrosting, you shouldn’t place them in the microwave for an extended period of time.

Areas of the non-tempered glass might shatter or crack altogether if its contents were to expand along with the jar as they’re collectively heated by the microwaves. Furthermore, the caps, lids or rings made of metal used to seal the jars are most definitely microwave-unsafe. If you love mason jars and wish to use them safely and correctly, keep in mind the following precautions when handling them during extreme temperature conditions or circumstances.

First off, if there’s no microwave-safe label on the jar then transfer the contents of the jar to a microwave-safe container prior to microwaving. It’s better to err on the side of caution than risking making a mess of broken glass and spilled food.

When canning, don’t place your mason jar from hot water to a cold or wet counter. Instead, place them on a heat-proof pad or a towel prior to fridge transference. This helps transitions the jar from hotness to coldness in a gradual manner.

If you wish to use your mason jar as your new tea or coffee thermos, you should get a tea cozy or coaster for it. Unlike a real thermos, the mason jar tends to be as hot as the beverage it contains. It’s more like a pan than a thermos, actually.

When all is said and done, Mason or mason jars are relatively safe for microwaving depending on whether it’s made of tempered glass or not, whether they’re marked as microwave-safe or not, and whether they heat up easily or not.

Just because mason jars or what looks like coffee mugs with screw lids on them are made of glass, this doesn’t mean they can deal with super-hot liquids or food. Their glass won’t react to the microwave radiation, but heat conduction from the hot food can affect them.

You can heat these jars up with a microwave or even a conventional oven, but it’s better to do so with later editions of these jars that are forged from tempered glass. 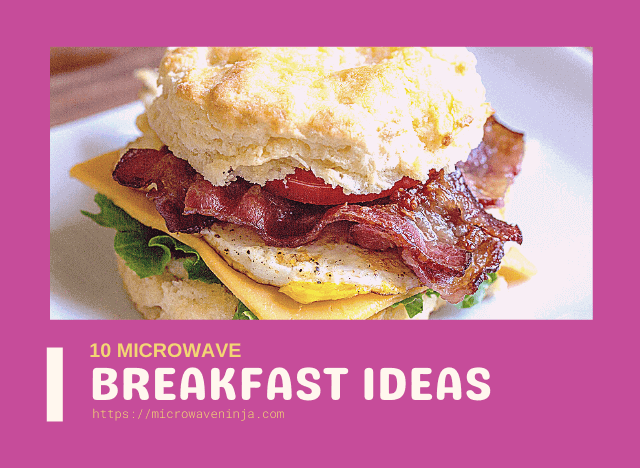 07 Microwave Breakfast Ideas During the Pandemic

Can You Get a 12v Microwave? 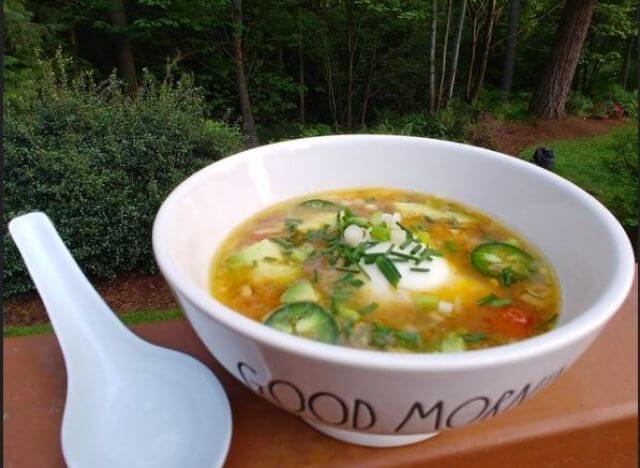 Is Rae Dunn Microwave-Safe? Learn More about Rae Dunn and Its Microwaveability!