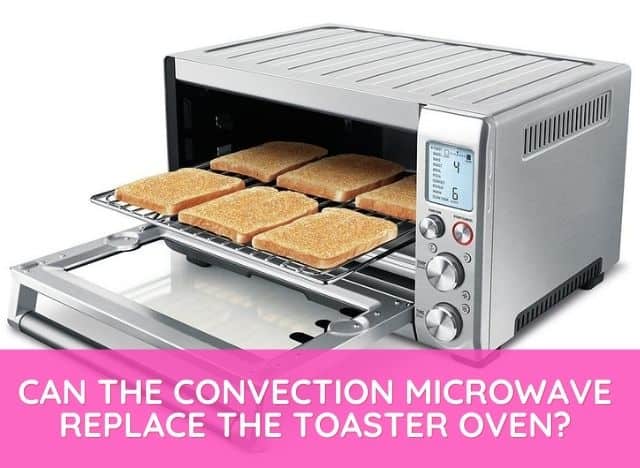 Did you know? There’s such a thing as a 4-in-1 microwave. This should certainly save you countertop space and then some because one appliance is serving as your microwave, convection oven, toaster or toaster oven, coffeemaker, grill, air fryer, and/or turbo broiler.

Can convection microwave replace toaster oven? It can do toast fine, if that’s what you’re asking. However, toasters are better specialized at toasting. More on this below.

Can a Convection Microwave Replace a Toaster Oven?

A convection oven has toasting and baking features. It’s a separate mode in a convection microwave, although some have a combo mode that combines microwaving with convection oven baking (be careful with your time settings on this mode).

Can a Convection Microwave Replace a Conventional Oven?

A microwave is capable of cooking frozen meals, melting butter, and reheating leftovers. However, investing in a convection oven can allow you to bake, cook, roast, crisp, and toast since it has a convection mode that goes hand-in-hand with its microwave mode.

The convection microwave combo is a better fit at replacing a cumbersome and huge oven than a toaster because the convection mode of the appliance is practically oven-like but with better heat distribution due to its fans.

The convection aspect of the convection microwave is also present in other combo appliances, like the conventional oven with a convection mode, a convection toaster oven, and so forth. There’s also a CuisineArt Convection Toaster Oven known as the TOA-60 as well.

The convection tech allows one-note appliances like the microwave or toaster do other things they couldn’t normally like toast, bake, broil, air fry, convection broil, and warm up foods at the same time.

How Does a Convection Microwave Offer the Best of Both Worlds?

The toaster and convection (microwave) oven are both used for heating up and cooking food. A normal toaster cooks food from the outside to the inside. A microwave oven cooks from the inside to the outside.

A convection microwave combines the best of both worlds in terms of these two appliances, the toaster and the microwave. Or rather, the conventional oven with the microwave (since an oven can bake and toast food like a toaster oven could).

If a Convection Microwave is Both a Toaster and a Microwave How is it Worse than a Toaster?

A toaster is better than a convection microwave at toasting bread while a toaster oven is better at toasting baked goods like the bagel since it uses the oven design of having trays inside a heating element while conductive heat bakes the food from the outside to the inside.

The Convection Oven vs. the Toaster

With that said, both come with their own respective pros and cons.

Pros and Cons of the Toaster

A toaster oven is eco-friendly and energy-efficient. There are loads of things you can cook, bake, or toast in it. It’s also easy to clean. Its specialty is toasting bread and sandwiches as well as various baked goods.

Its compactness allows for relatively fast and even baking and toasting. However, a toaster oven isn’t large enough to cook ham and requires preheating.

Pros and Cons of the Convection Microwave

Meanwhile, a convection microwave has a bigger capacity, offers more food cooking variety, and has superior heat distribution leading to even cooking or toasting of microwaved food.

However, it tends to take up a lot of space even when you’re talking about the 0.7 cubic feet models. It also uses more energy to heat up its larger oven space. It’s also slightly more difficult to clean.

Do You Need a Convection Microwave? Is It Worth It?

It depends. If you already have a microwave and stovetop with an oven below, you don’t need it. If you don’t have those appliances and you’re lacking countertop space, a great space-saving technique is to get combo appliances that give you 2 or more functions for (roughly) the price of one unit.

A convection microwave makes sense in a small space where you want to cook more, like a recreational vehicle, a camper, or a small and humble apartment lacking kitchen real estate. You can use it to reheat meals quickly by microwave mode or in a toasty way as a toaster or oven would.

Meanwhile, its convection fan ensures better use of the produced heat with less wastage. Besides this, such devices come with preset functions, timer knobs, and temperature dials for full control.

Again, if you already have a kitchen that comes with an oven and a microwave, the convection microwave becomes redundant (like this sentence).

Read more: Are Convection Microwaves Worth It?

If you want something as good as a toaster at toasting, it’s likely that a conventional oven is your safest bet. A convection microwave is capable of doing toast but the quality of the toast isn’t as consistently good as what a toaster can deliver.

The best convection microwaves offer at least half of the toasting ability of a toaster, which is good enough for a 2-in-1, 3-in-1, or 4-in-1 device (microwave combined with a toaster oven, broiler, and air fryer usually) since it’s a jack-of-all-trades yet master-of-none sort of deal.

Is an 800-Watt Microwave Powerful Enough or Not? 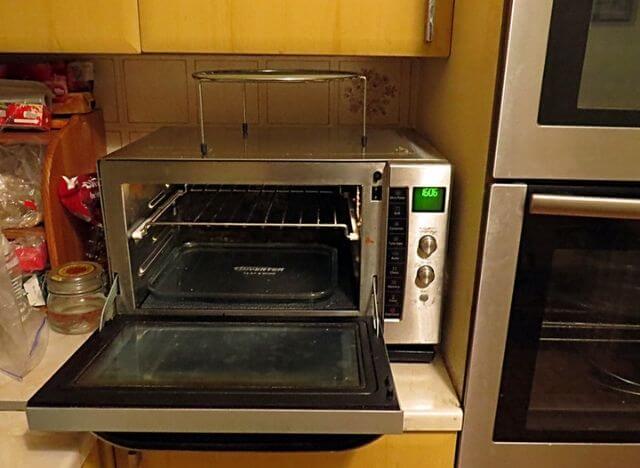 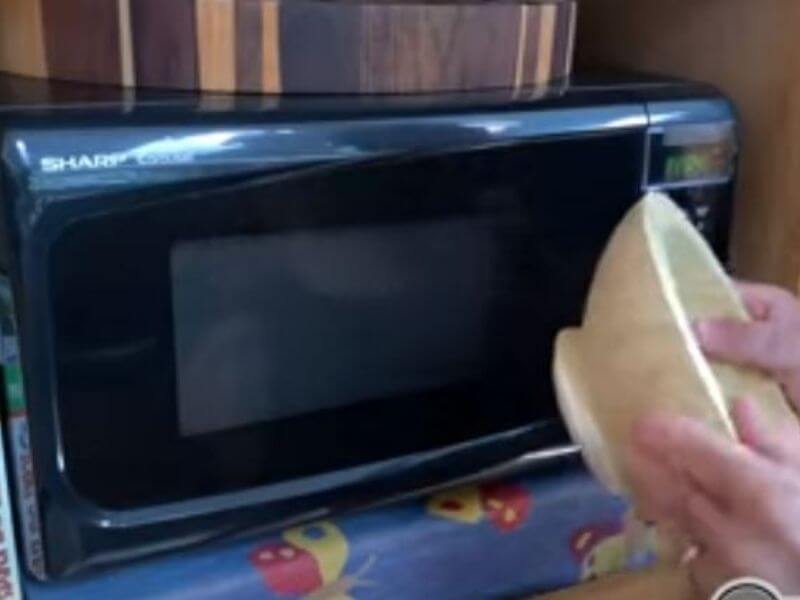 Is Wood Microwave Safe or Not? You’d Think No, But Keep on Reading. 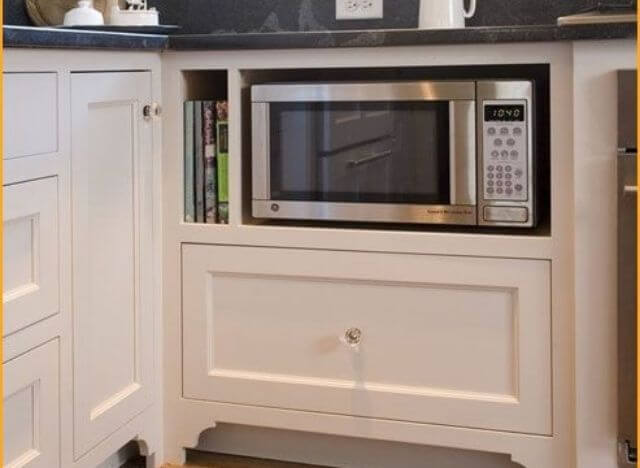 Can You Put a Countertop Microwave in a Cabinet? Let’s Find Out!